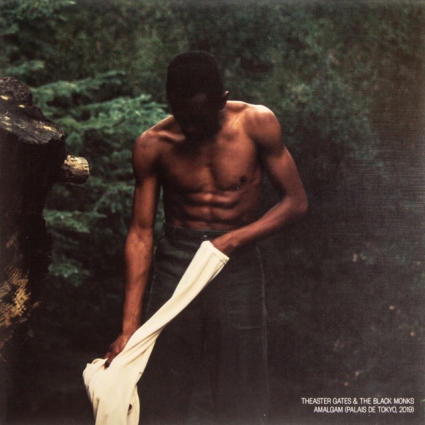 Tracklist
A1. Across The Water
A2. Kiss Me Before I Set Sail
A3. Water Seduce
B1. Born To Die
B2. Walk With Me
C1. If You Can Remember
C2. My Love’s So Far From Me
C3. Conversations
D1. The Perimeter Of Yes
D2. Tree Echoes
D3. Water All Around

Taking over the Palais de Tokyo, Paris earlier this year, Theaster Gates exhibition Amalgam initiated an entirely new project that explores social histories of migration and interracial relations using a specific episode in American history as his point of departure to explore the complex and interweaving issues of race, territory, and inequality in the United States.

Amalagam takes the history of Malaga as its point of departure. During the 19th century, this small island off the coast of Maine, USA, was home to an ethnically-mixed community. In 1912, on the orders of the state governor, they were forcibly removed to the mainland. They were offered no housing, jobs or support.

Amalgam presents sculpture, installation, film and dance that respond to this history. Highlights include a new film, Dance of Malaga 2019, which features the choreography of acclaimed American dancer, Kyle Abraham. Gates’s musical collective, The Black Monks provide the film’s score, of which this is the original soundtrack, comprising 11 songs by Theaster Gates and The Black Monks of Mississippi and produced by James William Blades.