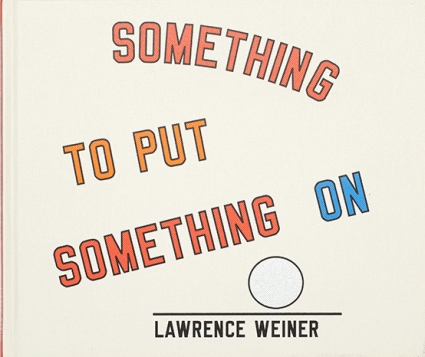 What is a table? Lawrence Weiner asks the question that has held his interest since his earliest days of art making. Neither story book, nor autobiography, nor reference book, SOMETHING TO PUT SOMETHING ON is a questioning book, endowed with its maker’s celebrated wordly wit and aimed at engaging young readers, among others, in an inquiry that has spanned a lifetime. Weiner wields his red, blue, and orange letterforms and graphic figures to take up the question of a human being’s relationship to objects and teases the reader into looking at a table in an entirely new light.