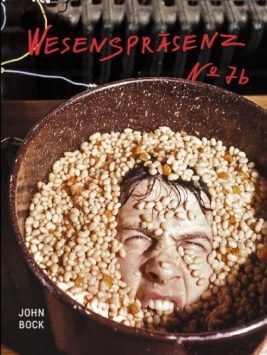 John Bock: Wesenspräsenz No. 7b

This new artist’s publication, Wesenspräsenz No 7b is a continuation of the catalogue, Wesenspräsenz No 4d, published in 2017. This extensively illustrated book focuses on Bock’s spectacular and extensive actions – or ‘lectures’, as the artist refers to them.

The ‘early’ lectures were produced in formats that not only defined the beginnings of Bock’s artistic practice but also inform the meaning of his later work. Thus, they play an important role for the general understanding of his oeuvre.

Published on occasion of the exhibition, John Bock, Slipping on the armpit’s beaded sweat, at La Panacée – MoCo, Montpellier, 2017. Texts by Nicolas Bourriaud and Gesine Borcherdt.