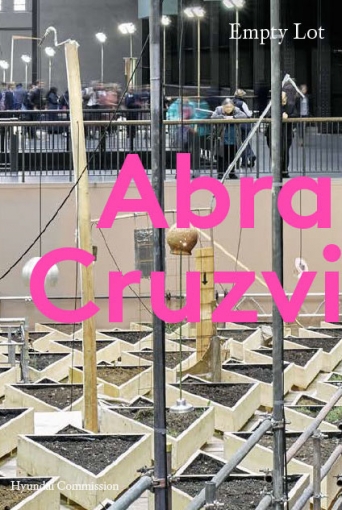 Since Tate Modern opened, the Turbine Hall has hosted some of the most memorable and acclaimed site-specific art installations of the twenty-first century, reaching an audience of millions. This book has been published to accompany the inaugural Hyundai Commission, the first in a new series of annual exhibitions that will give renowned international contemporary artists an opportunity to create new work for one of the world’s most iconic museum spaces.

Abraham Cruzvillegas (b.1968), one of the key figures to have emerged in Mexico among a new wave of conceptual artists, is best known for his sculptural works made from found objects and materials. He has titled this body of work autoconstrucción or ‘selfconstruction’. This term usually refers to the way Mexicans of his parents’ generation, arriving in the capital from rural areas in the 1960s, self-built their houses in stages, improvising with whatever materials they could source. His approach to sculpture continues the principles of autoconstrucción, recycling locally found objects and improvising new ways to build, design and create. As an artist he is also concerned with how a strong community spirit and hope can be maintained in precarious economic and political conditions. These ideas have led to projects staged in Glasgow, Paris, Oxford, Gwangju, Kassel and many other places. In recent years his work has been exhibited at Haus der Kunst, Munich (2014); Walker Art Center, Minneapolis (2013); Modern Art Oxford (2011) and The New Museum, New York (2011).

Created in close collaboration with the artist, the book will feature a fully illustrated survey of Cruzvillegas’s life and work and an in-depth interview with curator Mark Godfrey. Exploring in fascinating detail the artistic processes involved in creating this monumental new work, it will include stunning photographs of the dramatic new installation to be revealed in the Turbine Hall in October 2015.